Siti Musdah Mulia is no stranger to human rights.

Some will remember her for arguing in 2008 that homosexuality had its place within Islam. Others may recall how she denounced the pornography bill lawmakers were discussing, saying it would institutionalize religious oppression.

Inspired by former president and respected Muslim leader Abdurahman “Gus Dur” Wahid, the 52-year-old recipient of the US State Department’s International Women of Courage Award leads a tireless fight for the rights of minorities.

But it all just seems like second nature to her.

“What I am doing is merely answering a humanitarian call,” she told The Jakarta Post after speaking at a workshop on religious issues in Makassar last week.

Musdah, who received the Woman of The Year 2009 award from the Italian government for her commitment to women’s rights, grew up in a religious family in the homogeneous community of Bone, South Sulawesi.

She didn’t accidentally stumble into human right activism. For 20 years, Musdah was actively involved in Fatayat NU, an organization whose members are young women — also members of Nahdlatul Ulama, the country’s largest Muslim organization. As a result, she became more attuned to the needs of women and children.

Over the years, Musdah learned more about human-rights issues on the field, by carrying out human-rights advocacy work related to faith, gender, sexual orientation, ethnicities and political choice.

One of the rights she is fighting for is the state’s guarantee of freedom of religion. Musdah believes pluralism is a must to build the country.

“Pluralism is the key for the continuation of the Unitary State of the Republic of Indonesia,” she said.

Musdah does not understand why the state has regulated matters of religion and beliefs. For example, she went on, the government only recognizes six religions: Islam, Christianity, Catholicism, Hinduism, Buddhism, and Confucianism.

Therefore many local religions and beliefs, which existed long before Indonesia gained its independence, are not recognized by the government, and their followers are often discriminated against.

For example, they are forced to state a religion recognized by the government on their identity card that is not necessarily their own. The same goes for when they register their marriage at the Religious Affairs Office, the Civil Registration Office or when they apply for their children’s birth certificates.

Not only are followers of Sapto Darmo, Lia Eden and Ahmadiyah discriminated against by the government, but they also suffer from acts of violence committed by people accusing them of blasphemy
and following misleading sects, she went on.

“They are deprived of their rights. Members of the Lia Eden community are still in jail. Groups of people who follow local beliefs do not have the freedom to express themselves when they apply for the ID cards and other official papers,” she said.

Musdah is the first woman to obtain a doctorate degree in Islamic political thinking from the Syarif Hidayatullah Islamic State University, Jakarta, in 1997.

She is also the first woman to be inaugurated by the Indonesian Institute of Sciences (LIPI) as a research professor, in 1999.

She pointed out that religious freedom was guaranteed under article 28F, paragraphs 1 and 2, of the 1945 Constitution. Article 13 of the Decree of the People’s Consultative Assembly No.

XVII/MPR/1998 on Human Rights says: “Anyone has the freedom to follow any religion and to worship in accordance with their religion and belief.”

However, according to Musdah, 141 government laws and regulations also go against the Constitution and Pancasila state ideology principles.

The government’s inconsistency when it comes to guaranteeing freedom of choice when it comes to religion can be seen in regulations like the joint ministerial decree on the establishment of worship places.

“This government is applying the Constitution in an inconsistent way,” she said.

Musdah hopes the government and the public will help build a peaceful culture where respect of other religions is nurtured through education: education within the family environment, formal education at school and education and within the society.

Musdah urges the government to review regulations and policies that go against the spirit of pluralism because they discriminate against minorities.

Religious leaders should also preach interpretations that are more friendly and conducive to a pluralistic Indonesia.

“Indonesia should be home to all religions.” 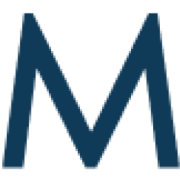